I didn’t realise until recently that James Blaylock‘s considerable back catalogue of (wonderful) novels is now available in e-book editions, and I thought I’d mention this to anyone who had not yet read this great, sometimes under-valued writer.

A California writer, Blaylock was a part of the group of friends formed around Philip K. Dick in the last ten years of his life and, with Tim Powers and K.W. Jeter, was responsible for the birth of steampunk. His classic steampunk novels are being reissued by Titan Books – they include Homunculus, which introduces Blaylock’s hero Langdon St. Ives and the memorable villain Ignacio Narbondo, Lord Kelvin’s Machine, and a forthcoming new novel, The Aylesford Skull.

They also include – tangentially – one of my favourite novels by Blaylock, the wonderful The Digging Leviathan, a love song to childhood and fantasy set in California. It also features Blaylock and Powers’ recurring character, the poet William Ashbless.

Eagle-eyed readers might spot references in the Bookman books to both Ashbless and Narbondo. The importance of Blaylock and Powers to steampunk cannot be underestimated, they are its creators and spiritual godparents, and I would assume anyone calling themselves a steampunk aficionado would have already read these books!

But Blaylock is much more than a steampunk writer. Where Tim Powers writes intensely-researched secret histories with a sense of absolute reality about them, Blaylock is more of a fabulist, a teller of tales: in his books reality often feels like a dream. His Grail Trilogy includes the novels The Last Coin, The Paper Grail and All The Bells On Earth, and there are many more wonderful and strange novels – I’m particularly looking forward to his new YA novel, Zeuglodon, due to be published by Subterranean Press in the US.

There is now no excuse to miss out on these novels! Highly recommended. 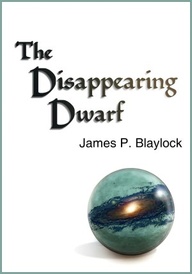 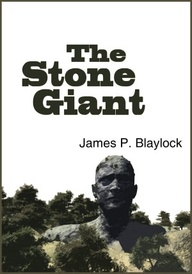 This is great news. I also loved The DIgging Leviathan when I read it as a tween. I rarely hear it mentioned these days, which is a shame. His short stories are also killer.