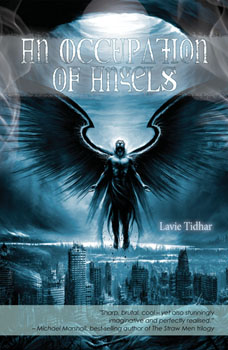 In 1945, the Archangels materialised over the battlefields of Europe, ushering in a new Cold War. Fifty years later, they are being killed off… one by one.

Killarney is a shadow executive for the Bureau, British Intelligence’s most secret organisation: so secret it doesn’t even officially exist. She is the best – and she always works alone. Sent on a desperate mission to locate a missing cryptographer who may prove the key to the murders, Killarney finds herself running for her life, from London to Paris to Moscow, leading to a confrontation with a very human evil in the frozen wastelands of Novosibirsk.

Plagued by dreams of a different world, and haunted by a swastika adorned with angel wings, it ould take all of Killarney’s resources to survive, when heaven itself may be threatened, and God herself may be walking the earth…

“Lavie Tidhar’s novella is like a coiled sprinter launching himself at the B of BANG. The pace is relentless, the tension continually ramped. A blackly humorous amalgam of subtle SF invention and flat out thrills with a hard-boiled wiseass hero. Great fun.” – Conrad Williams

“Sharp, brutal, cool – yet also stunningly imaginative and perfectly realised. This is the most compelling thing I’ve read in a long time: the only bad thing was that it had to end.” – Michael Marshall Smith

An audio book version of An Occupation of Angels was released in May 2011 by Iambik Audio, narrated by Elizabeth Klett. 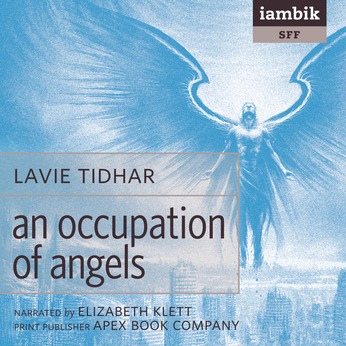 Listen to the first chapter free

An Occupation of Angels was first published in the UK by Pendragon Press in Dec. 2005. It is now out of print. 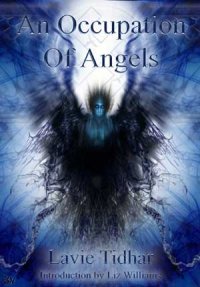